Is your star performer a bucket-kicker? 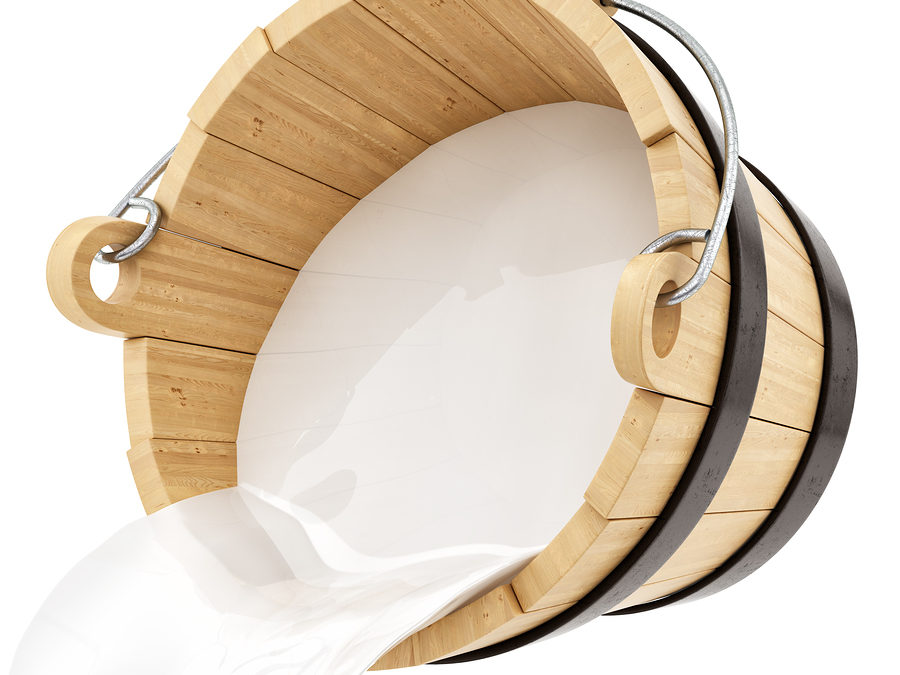 My mother-in-law had a saying about people who could be really great and then would do something that totally negated the good that they did. “He’s like a cow that gives a good bucket of milk – and then kicks it over,” she would say. I dubbed my mother-in-law’s sayings, Mississippi Logic. She had a straight-talking, down-home-country way of expressing an idea that made you laugh and made you think.

I have met many people who were like that cow. I worked with people like that, had friends and acquaintances that were like that. There was one team member I had as a young manager, I’ll call her Mary, who I had a hard time handling. Mary had valuable knowledge about operations and was often the hardest worker among the staff. There were many times when I would call on her to lead a special project, collaborate with her peers, or present to the higher-ups. She could be brilliant and impressive.

However, like the cow who kicked over the bucket of milk, Mary also had moments that would leave me shaking my head and questioning whether she was right for her role. After a particularly fantastic presentation, she came to a meeting the next day and bad-mouthed all of the other presenters. While leading a special project team, she presented work as if she were the only one involved in the effort. She was also known for firing off terse emails to her peers when she didn’t like how things were going between her group and others. For all the great things about Mary, there were a few bad behaviors that held her back from truly excelling in the organization. I tried and failed to help Mary see how her destructive behaviors were hurting her, and eventually moved on to a different job. Years later, she was still in the same job doing the same things.

Today I often hear from clients about team members who are absolutely amazing in the work they do and then, at times, absolutely catastrophic in other ways. When you have someone like that on your team, it is essential to hold a mirror up so that they can see the impact of their bad behavior on themselves, on others, and in some cases, on the organization itself. Often the issue is that the very things that make them great – persistence, an achievement orientation, or focus on results, for instance – when pushed to the extreme can make a strong performer overbearing and toxic. By helping them to see the impact of their behavior and how that behavior is not in line with the expectations you have of those in their position, you can pave the way for behavior change and improvement.

Offering development opportunities including 360° feedback, executive coaching, internal mentoring, personal assessments such as Myers Briggs Type Indicator® or DiSC®, and/or leadership cohort experiences, are excellent ways to help the person who consistently kicks over that bucket of milk. I didn’t know how to help Mary back then, but now I know that there are ways to turn around your bucket-kicker to get the best out of, and for, them.

For guidance in how to manage difficult personalities on your team, contact Robyn at rmcleod@chatsworthconsulting.com.

We're thrilled to have our blog post, "Eight ways to avoid blowing up at work" featured in @SmartBrief today bit.ly/3YkhtFZ #leadership #thoughtfulleaders pic.twitter.com/r094…

About 8 hours ago from Thoughtful Leaders's Twitter via Hootsuite Inc.

Why you need to know more about mindfulness ow.ly/h68c50LPvBU pic.twitter.com/oSvk…

Working with an executive coach is an ideal way to productively & positively address the things that frustrate you at work. By having that safe & confidential place, you can reflect on the situation and develop positive approaches that can last a lifetime. bit.ly/3YkhtFZ pic.twitter.com/cJ1w…

Your workplace may be too “political” or you may not have a trusted ally to go to when you need to relieve the pressures of your job. Finding external allies can also be a great way to share your frustrations in a safe and productive way. bit.ly/3YkhtFZ pic.twitter.com/k0cH…