The secret to ending an argument 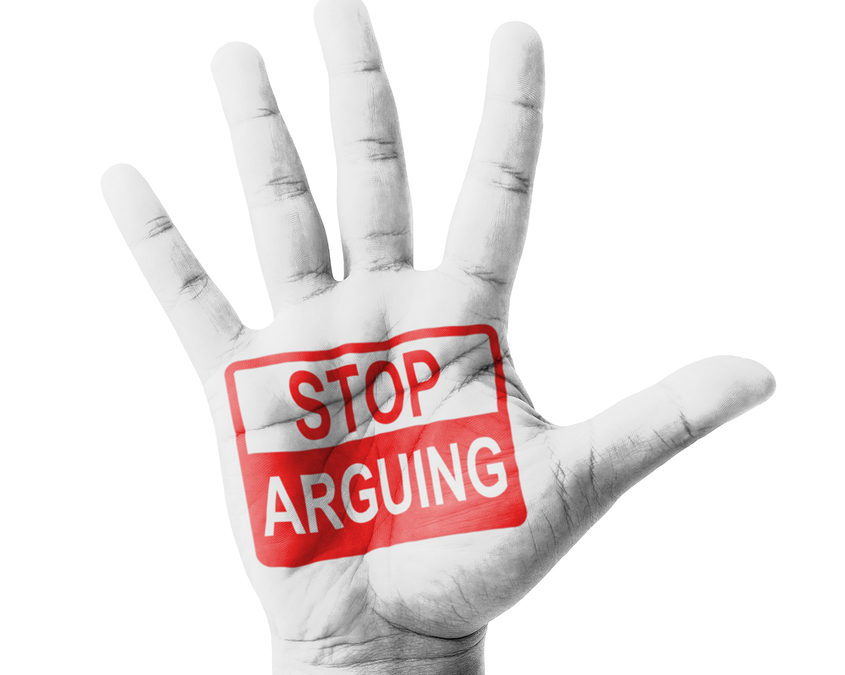 “It takes two to quarrel, but only one to end it.”
~Spanish Proverb

The other day I was talking with a client and she could not stop talking about her colleague with whom she was “in battle.” Apparently they had been working together on a project and they had disagreed on the best approach. Things had gone quickly downhill from there.

My client was fuming. She had been fuming for days. It seemed as if she would be fuming for weeks. It certainly seemed as if she was willing to take up her entire coaching session to fume. I suppose I could have let her, but I didn’t think that was the best use of our time. So I interrupted her.

She paused for a second, and then seemed as if she was going to start her rant again, but instead paused a second time. “It’s not,” she admitted. “But I don’t know how to stop this fight.”

So I shared this proverb with her, because often all it takes to stop a fight is to stop fighting. Both parties don’t have to agree on how to stop, or even agree to stop. It takes two to “tango” but it only takes one to stop the dance.

We forget this sometimes. I know I do. I sometimes think the other person needs to join me in agreeing to not fight anymore. And I often think that they should make the first move towards not fighting. But it only takes one to stop a quarrel. And it takes a great deal of fortitude, at times, to be that one.

How do you remember to stop your quarrels?
Please leave a comment.

For support in not quarreling, contact Lisa at lkohn@chatsworthconsulting.com.

About 15 hours ago from Thoughtful Leaders's Twitter via Hootsuite Inc.