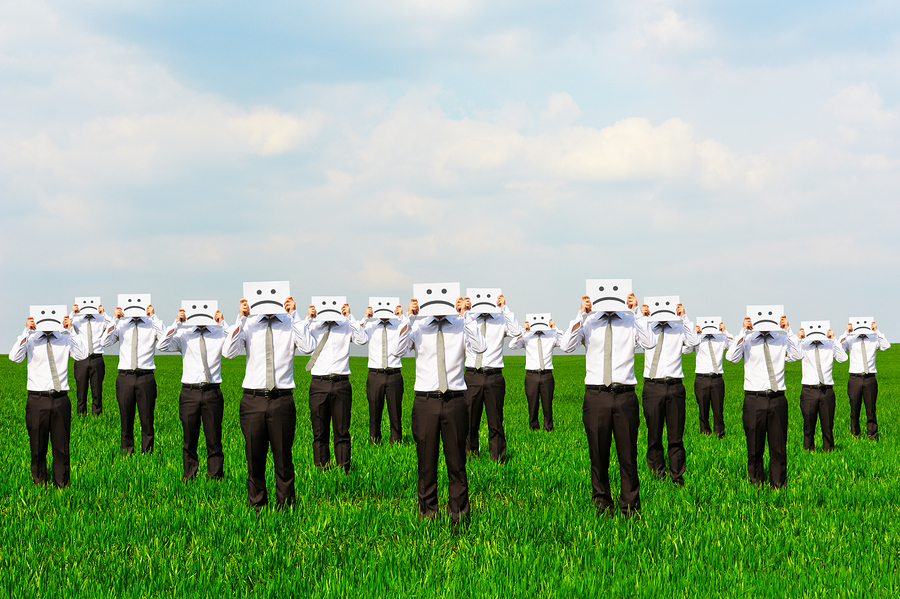 It’s a common complaint from schoolchildren – one child misbehaves and the entire class is punished. My children, who happen to be very big on what is fair and right, can get really riled up when this happens. “I didn’t do anything wrong, so why do I have to miss recess/sit without talking/lose free time privileges/or whatever other punishment the teacher comes up with because Joey kept talking when he wasn’t supposed to?”

Teachers often rely on this method of peer pressure to get kids in line and teach lessons about the broader consequences of your individual actions. That’s all well and good for the classroom, but when you see the same approach taken in the workplace, it’s usually a sign of poor leadership.

I’m sure most of us can recall the boss who would take sweeping actions or declare broad edicts, all to address the behavior or mistake of one or a few individuals. I worked for someone who announced at a team meeting that going forward everyone would have to get a two-level approval for office supplies. How ridiculous is that? And what a waste of time and energy? We all knew that he was doing this because there was someone in the office who was purchasing unnecessary and costly items. But instead of having a conversation with that person, he instituted a policy to stop the behavior.

Why do some leaders put rules into place for an entire team or department in order to “fix” issues generated by a few? It’s probably either cowardice or mistrust, neither of which is good.

It’s uncomfortable to have a difficult conversation about someone’s behavior. The cowardly leader would much rather announce an edict to all in the hopes that the true culprit will change. If you do this, unfortunately what actually happens is that you anger the whole team and put another dent in morale. People see you as a leader who avoids conflict and hides behind rules and policies rather than dealing with behavior or performance issues. And that can filter down and become an unwanted part of your team culture – problems are not directly dealt with and everyone suffers.

Some leaders assume that individual problems are just the “tip of the iceberg” and they decide to nip a problem in the bud by communicating a tough message to everyone or again, declaring a new policy or procedure before the problem happens again. Case in point is one leader who pulled all of the department heads into a conference room, read them the riot act, and made not-so-veiled threats that they would lose their jobs if another lapse in safety occurred. A safety breech had just happened and it was an isolated incident. Almost everyone in the room had stellar safety records, but the harsh tone and heavy-handed message left many with a bitter taste in their mouths and a feeling that their hard work and great results were not appreciated.

Before you decide to take broad action following an individual issue, consider the consequences of that action on the larger team, and ask yourself:

There’s a good chance that your answers to those questions will make it clear that a targeted approach, addressing the source of the issue, will be a much better response than a broad-brush one.

Where are you taking a broad action to address a specific problem? What should you do instead?
Please leave a comment.

To become a more effective leader, contact Robyn at rmcleod@chatsworthconsulting.com.

About 7 hours ago from Thoughtful Leaders's Twitter via Hootsuite Inc.

I know I’ve shared this before, but between the card and the many yellow birds I’ve been given, it’s a (needed) reminder of the joy, love, ease, strength, fortitude and resilience within me…and around me to lean on #tothemoonandback #thoughtfulleaders #baldisbeautiful #IGotOut pic.twitter.com/RYh7…

Are your words and actions out of whack? ow.ly/r0Ck50LPv8S pic.twitter.com/lPEc…

Before you give up on your hopeless leader, give him or her a chance to show you their best leadership self. bit.ly/3Y02Zea pic.twitter.com/13aK…

Through 360° feedback, coaching, and a focus on improving their weakest areas (rather than building on their strengths), 75% of the “flawed” leaders saw strong improvement in those areas in subsequent 360° feedback. bit.ly/3Y02Zea pic.twitter.com/pqBi…